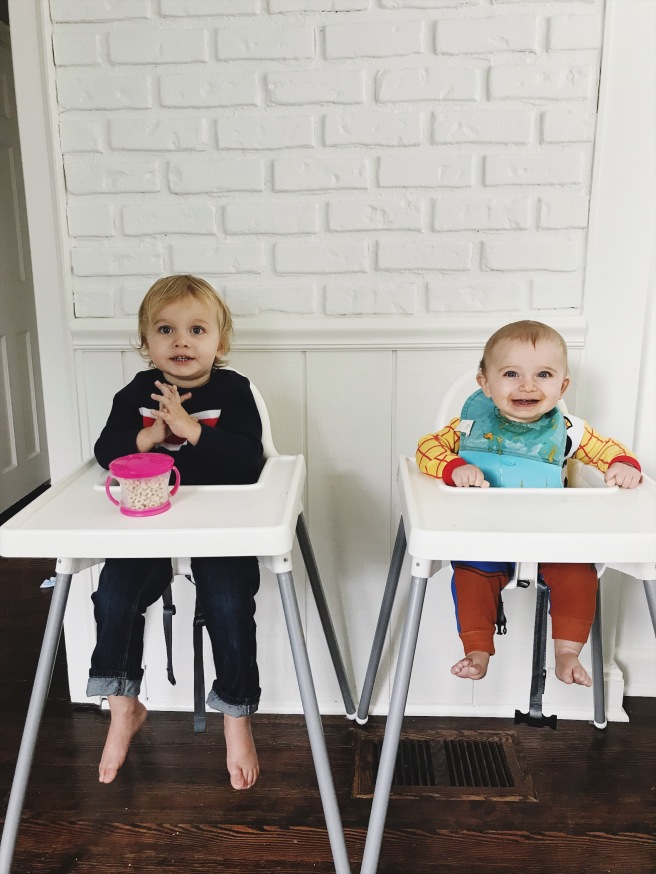 James had his two year doctor’s appointment a couple of weeks ago. One of the focuses of this appointment was eating habits.  When we first started introducing James to foods, he liked everything. From salmon to quinoa to apple sauce, he would try and enjoy anything we offered. We’ve noticed Henry is now the same way but James has gone complete opposite. Refusing to eat or only eating certain foods is part of a toddler’s development because it’s one of the only things they can control.

It’s funny because when a friend has a new food, James will eat it. But when I purchase that same product for home, he refuses. Honestly as a kid I was a very picky eater too. But only because my parents were never really adventurous eaters.  Having lived in New York City for the past 5 or so years, I was exposed to all sorts of new cuisines from Thai to Sushi to Mediterranean and beyond that I was never introduced to as a kid.  Sometimes I will put something on my plate just so James will be interested.  He almost always tries what I am eating but rarely likes it. Research has shown it takes 11 times to decide if a child likes a new food so when James tries anything it is a win in my book! I want my children to be adventurous eaters and try new things.

As you’ll see, James does not eat meat and rarely eats vegetables (not by my choice!). Our doctor said as long as he’s eating and growing he will be fine! She’s given us some tips to help with the eating process below!

Breakfast (we choose one from each category)

Any tips and tricks that have worked for your picky eaters? Please comment below!

This site uses Akismet to reduce spam. Learn how your comment data is processed.